I am sitting inside on these weeks of 90 degree days because the wild fire smoke has finally rolled in, blah! Its the bain of my existence. I still have PTSD from last summer being cooped in with three wild monkeys during all of those fires. Lord willing it will surly leave us soon, pleassssseeee smoke go away! 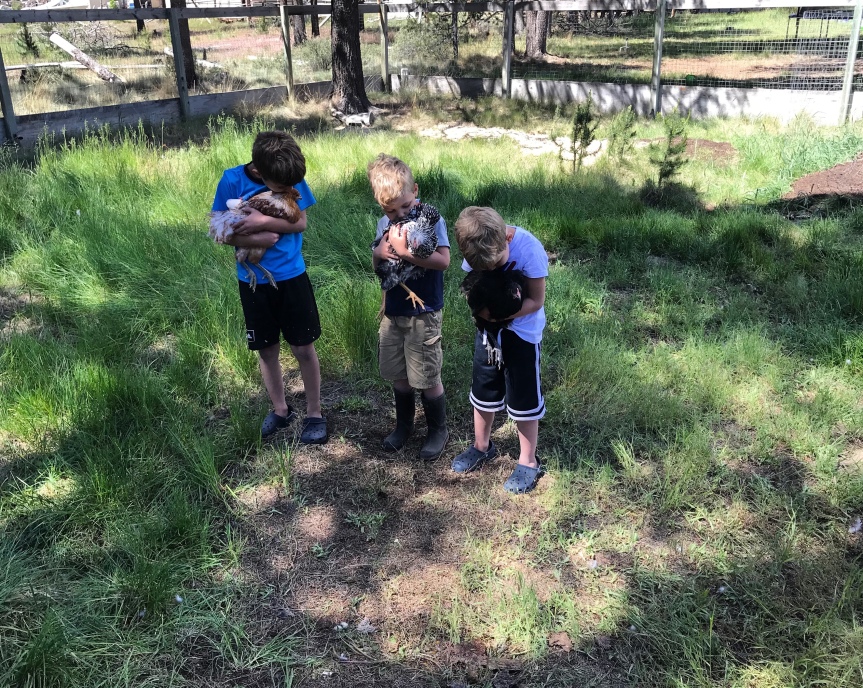 I have wanted chickens since we bought our place in 2015 and it came with a chicken coop, it just never seemed like the right time. I finally got the gall up earlier this year and Trey was like “umm yeah, no”. I have learned with Trey he needs a slight shove when it comes to any animals. (This will be a pattern in the next few posts.) Poor Trey. NO! There is nothin’ poor about him! You see, Trey should have known what he was getting into when he married a country girl of this sort. So not one of you should feel bad for that man and plus i think he secretly likes it! Anywhoozal, I ended up saying “well the boys are in the car and we are going to get 4 chicks, are you coming?” He came… 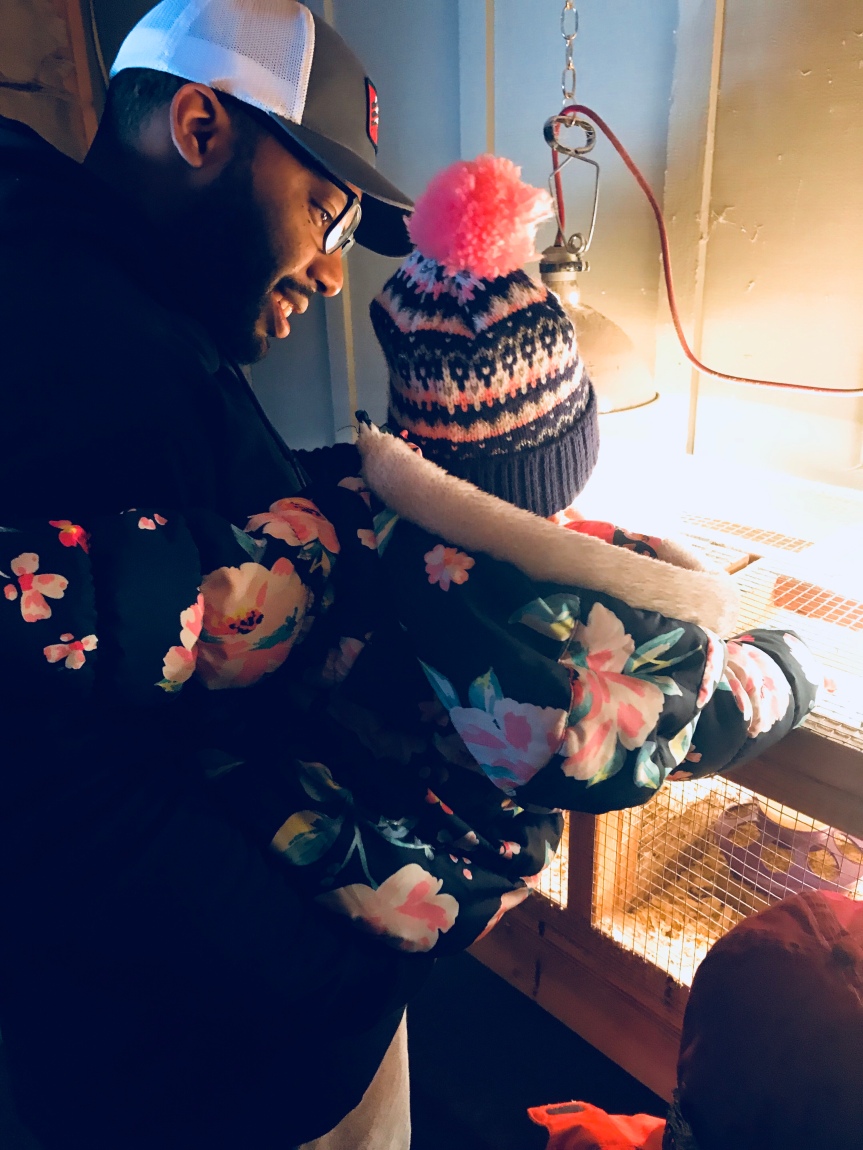 We bought 4 and then I realized it wasn’t so bad and then Trey requested his very own chick. One that looked like a classic yellow one, see I told you he likes it! Okayyy, so I went to town on the hunt for Treys chick and ended up buying 6 more. We now have 10 chickens. They are everything and more we dreamed of… Just kidding, but they are pretty cool. We like to sit out by the coop in the cool of the evenings to watch the chitlens try and capture a few. Those dang birds are still not laying. 4 to 6 months my eye! Well technically its hasn’t been quite 6 months but when someone gives me a range I go for the fastest amount of time. Having these birds has given L such responsibility, I do not do a dang thing for them. Every once in while I help lift a heavy bag of food but even then he has  recruited his little brothers to assist him.

Above is the cool before, it was this ugly pinky-tan color. yuck! I wanted red and I tried manyyyy shades, nothin! My mom called and said she just didn’t picture me out there with all my farm animals in a classic red barn, it needed to be teal. If you have known me for any length of time you would know i love teal, I loved teal before teal was cool. How had I not thought of that myself?! Yea, kayla k. I painted my chicken coop teal! No jokes about it! Kayla’s, my oldest childhood best friend and has known me since the obsession began, she makes fun of me. jokes on her, I made her wear a teal bridesmaid dress. She still loves me. Here is some after pictures or should i say during pictures, I feel as if its needs some more white trim, a flower box, and defiantly a new fence! Those things will come soon enough but until then enjoy these during pictures!

this blog, pitiful as it might be, has hit its one year mark. today is the day we say Hazzah to a fresh start! it seems to be the theme in the last few weeks of my life. we recently hit our one year mark with the boys and ever since it just feels like a new leaf has been turned over.

the boys, holy smoke, the boys. one year, can anyone of you believe that its been over a year since we brought those willy boys home?? i cant! time has amazingly sped by, while at the same time days felt like they would never end. this year is one to be documented. we have grown so much as a family and ohhh has it ever been so difficult. we are flying through this life with abounding GRACE! or i am learning it at least. Grace is the key to this life. giving myself grace, giving my children grace, giving Trey grace, and Lord give me Grace! parenting is hard work, kudos to you all who have done it since your children were born! ha! since our adoption has been final, in April, there has been a huge shift in the boys. they are feeling the utmost secure. do we still deal with behaviors or out right naughtiness? umm 100 percent. after all don’t we all deal with that within ourselves? but instead of it feeling like it comes from a place of trauma, it feels just like normal everyday kid stuff. there is very much of a difference. someone once told me “wait till you hit that one year mark, it will be like a switch flips in them.” Ours didn’t seem to happen at the one year mark but a few months before. i probably told many people a 100 times over this year that “its like a switched flipped” or “they are night and day difference” and its so true. each time i tell someone that its because i cant believe how different that have become. i am not naive i am aware that things will or might come up as they age but i am not going to live that way. i truly believe that God has transformed these boys. there is no other reasonable explanation. God is the only answer. people will say “you and your husband are heroes” and to me that feels wrong. i am not a hero, we wanted these children, we weren’t doing the children a favor, they are ours.

after the adoption it felt like i was in a season of “rest”, after we hit the one year mark it felt like “go time”, whatever that means! i am seeing Big things for this family. zero clue what the heck its going to be but feels big. so here is to a new fresh year with endless possibilities! what i do know? we will be finishing all of the projects around the farm and house that never seemed to get done, writing a little more on this blog, and mayyyybe getting few new animals. i plan on writing a few posts here and there on all of the above, while still navigating this second year of parenting. annnnddd Go!